Bee silk bar hard lotion easily melted in my hands to rub onto my body. It made my skin soft and non-greasy. I also rubbed a little on my dog's tummy. She loved it.

Patricia, about the Beesilk bar (dog version is here)

I love the idea of having a great moisturizer in a stick form that I can easily carry with me. And the Bee Silk is so natural, that I purchased a second stick for my dog's paws.

Lorna, about the Beesilk Stick

I used the rash cream on my dog's scraped nose. By morning, my pup's nose was no longer irritated. I've also used the cream on my elbows and hands. It is so soft and smooth and helps to restore rough skin! 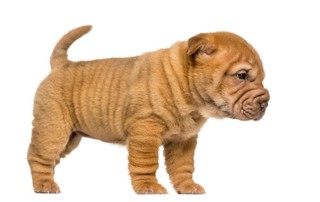 I use the Bee Silk Stick on my Chinese Shar-Pei dog's skin on eyes - you wouldn't believe the difference it has made!! Instead of the eyes being crusted almost closed (and with very raw reddened skin), the skin on her eyelids is now normal and do not crust up anymore (seasonal allergies) unless I fail to apply it for a few days. So the stick helps more and more over time. Sometimes her allergies cause the inside ear flap to dry and scale up (and itch) (Shar-Pei have teensy ears and teensier ear canals). Since I have started using the bee silk stick on both her eyes and ears (and boy does she love it when I do her ears), her skin is normal again. I wrote her name on her bar so it doesn't get mixed up with my own. Its important to roll the bee silk stick up enough so as not to scrape the plastic against her skin in her ears because she loves to press against it when applying.

Melinda, about the Beesilk Stick